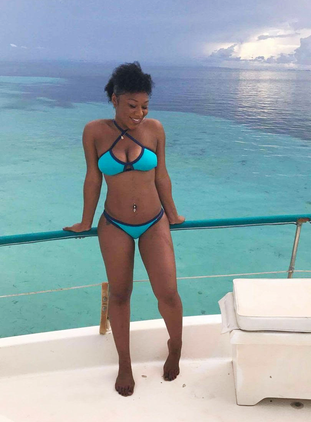 Born in Belize, in 1990, to a “red skin” creole girl from the country, fresh in the town as an executive assistant and a savvy international business man from the city, Giselle Pilgrim was raised between the best of both worlds.

Love was short lived between her parents and they separated before she was 2 years old. She grew up in a typical Creole household, filled with extended family that loved getting together to play instruments and sing, Giselle discovered her passion and talent for music. Singing and dancing with her cousins for her family members’ camcorder are memories that come to mind when she thinks about where the love affair with entertainment began.

Throughout primary school, she participated in dance performances at the annual National Festival of Arts. She further showcased her singing, dancing and acting abilities through talent shows and performances representing her school, St Catherine’s Academy – an all girls, Catholic high school in Belize City.

In 2016 she partnered with local and international producers to release her first dancehall single, “Boodum Boodum” that the Empowering Queens Dancehall Group in Peru used as their entry song into an international dancehall queen competition.

In 2017 she broke the internet in Belize with her grimey rap freestyle that got over 30k views. Shortly after she displayed her versatility with her melodious soca single “Tun up pan me” and is currently working on her first album release. This new album will infuse her creativity into songs of the hip hop, dancehall, reggae and soca genres. Look out for great things from Giselle.